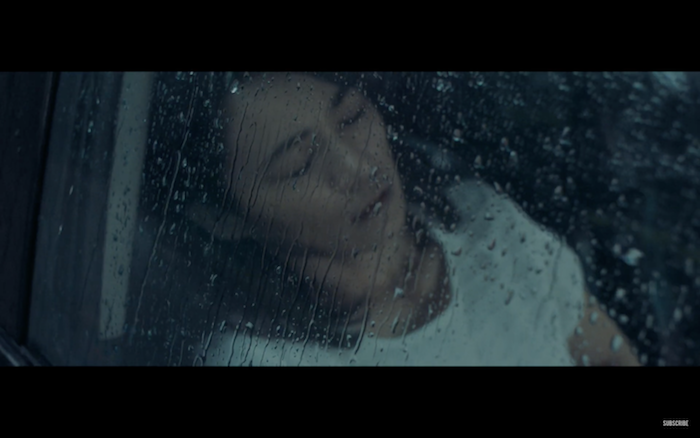 In his post-screening Q&A session on 25 November, Anthony Chen responded to an audience question on why he dares to, if my memory serves me well, “suppress the drama of his films”. This audience member was speaking of how, paradoxically, by subduing visible portrayals of extreme emotion, Chen produces a silent strength that resonates far beyond the depth of what is expressed on screen.

Chen responded by citing the Chinese aesthetic principle of 留白 (liu bai) or “leaving white/blank” – an ink painting style in which presence and absence collapse into each other. In liu bai, one doesn’t just look at ink, but also at the emptiness that the brush strokes inhabit. The painting invites its viewer into a spatial silence that releases the ink’s echo, resonance, sighs. Shifting between cinematic presence and absence, between what the audience sees and what we’re left to infer, Wet Season treads a fine balance between knowing and not knowing as it traces the journey of its suffering but stoic protagonist.

When Chen responded to the question by citing liu bai, he drew attention to the way in which the film’s narrative gaps provoke the imagination, drawing the audience into active spectatorship. One such moment happens when Ling (Yeo Yann Yann) goes into her father-in-law’s (Yang Shi Bin) room to wipe up the rain on the floor and tries waking him up several times. In between her repetition, his silence, and the rain washing out the artwork by the window, we infer that Yang’s character has passed away. Similarly, as Chen pointed out himself, the film’s complete absence of music accords it a quiet but formidable presence. Not just through, but also in between what it shows us, the film produces a tragic but dignified force. Silence, both visual and silence, is turned inside out and becomes a way of knowing.

But beyond the level of content, or what the film presents on screen, liu bai works itself into the film’s form – how it presents its content on screen. Crucially, liu bai figures prominently in how the film sets up its audience’s way of looking. In other words, Wet Season uses a gaze that peeps. A peep is a secret look into a forbidden world, prohibited by – but also enthralled by – the thrill of transgression. It looks, but never directly; it never knows fully, but always only in part. This, then, is the liu bai of the camera – a visual language that collapses near and far, inspiring a mutually reinforcing mix of distance and closeness, intimacy and power.

Note, for instance, how often Wet Season encounters barriers to the audience’s vision. Through a recurring motif of windows, door frames and screens, Wet Season constrains the camera’s horizon of sight. Barred from immediate access to its subject, the camera must peek from afar, but it is also this distance that evokes a sense of wistful desire. In the absence of immediate contact, the screen provokes its viewer’s longing for union with its subject. We attach ourselves to Ling and Wei Lun (Koh Jia Ler) through a reach of fantasy.

As a result, making the audience peep renders us complicit in this secret. By framing the viewer’s gaze through the visual language of secrecy, or more daringly put, voyeuristic frames that thrive on the delightfully forbidden nature of the peep, the audience becomes a third party to this teacher-student relationship.

In spite of being, or perhaps because it is one step removed from its subject, the camera always hungers for more. At some points, Wet Season takes on a sadistic quality as it wears down on Ling’s endurance. Indeed, by the end of the film, Ling looks defeated. The world has not been kind to her at all, and it shows in the way life itself drains out of her gait and gaze. But even as her light grows dimmer, the camera keeps on watching, participating in her ruin. Looking but never looked at, the peeping camera creeps into her innermost space; but it is also the distant nature of the peep that makes this observation bearable for us. Previously a device for an artful omission that draws the audience in, Chen’s cinematic liu bai now becomes the audience’s shield. Amidst unbearable loss, Wet Season conjures windows, rain and mirrors that cover our eyes, insulating us from the full weight of Ling’s pain. In these moments, not fully seeing – not fully knowing – is a good thing. Yet, because it is now protected from the overflow, the camera persists in looking.

And yet, for all its interplay of revealing and concealing, Wet Season swerves suddenly into an almost postmodern display of ironic self-knowing during its potentially most climactic moment. After Wei Lun dashes out of Ling’s car and into a wet field, he yells “我要 hug 你!”, or “I want to hug you!”, because (as I paraphrase), “this is my first relationship and I want it to be memorable!”

Here, Wet Season turns its gaze on itself. Up till this point, Wet Season has filmed itself into a corner. Propelled by narrative force along the guidelines of convention, it must resolve through melodrama. Caught between intense emotional pressure and an overbearing demand for melodramatic resolution, the only way out of this tight spot is for the film to break the sandbox altogether by transgressing the rules of the genre it has been playing by. And so, Wei Lun suddenly becomes aware that he’s living a romantic tragedy. He declares an awareness of the inevitable embrace – the demands of his genre – and foils the genre’s grip on his story. At this moment, during my screening, there is a laugh, but it is a wet fizzle, a soda bottle that had its cap twisted off slowly.

I still haven’t decided if I like this swerve or not.

But, as Yeo herself said during the Q&A, stop intellectualising the film and just sink into it! To analyse pleasure is to destroy it. I dwell in this dissonance, this fractured link in my own understanding. Perhaps, like the film, I should linger in this state of not fully knowing.

Aside from this one moment of sudden knowingness, Wet Season was a complex interplay of the seen and the unseen that was guided by a luminous artistic philosophy. Through the liu bai of the camera, the audience is put right at the biting point of engagement, ready to lean into the screen but also keeping stoically away.

Wet Season (2019) is Anthony Chen’s sophomore feature film. It performed wonderfully at the Golden Horse Awards 2019, where Yeo Yann Yann won the award for Best Leading Actress. Find out more about Wet Season on their Facebook and Instagram.

About the Writer: Ben is interested in how films and society relate to each other. Writing about Wet Season was a productive challenge because of the many paradoxes of distance/intimacy, identification/separation that he had to untangle on both a visual and philosophical level. Broadly speaking, Ben’s other interests include horror, comedy and the mind on screen.

Credits: Screenshots from the Wet Season clip and trailer.

View all posts by kopimotion